“Behold the Dreamers” by Imbolo Mbue

And with that pronouncement, Cameroonian immigrant Jenge Jonga lands a job as a chaffeur for a Lehman Brothers executive on the cusp of the Great Recession. His wife Neni is hired to nanny the Edwardses’ children.

Meanwhile, Jende is fighting a battle with the immigration court to get his papers, and Neni is struggling to succeed in school so she can remain in the U.S. Through it all, the Jongas discover the Edwardses and others of their standing are living a flawed version of what they’ve come to understand is the American dream. And disillusionment sets in, for everyone.

I really enjoyed Mbue’s honest, intimate storytelling and the way the characters interacted throughout the book. The devolution of Jende’s optimism and the strengthening of Neni’s resolve, and the way they assimilate to American culture, is fascinating.

The Edwardses felt a bit caricaturized as the stereotype upper-class white American family, but it was important to create a juxtaposition between this family who seemingly has it all and the Jongas, who initially long for what appears to be a charmed life in the U.S.

Although set during the Great Recession nearly a decade ago, the themes of “Behold the Dreamers” – particularly the matter of immigration – remain timely and insightful.

Imbolo Mbue is a native of Limbe, Cameroon. She holds a B.S. from Rutgers University and 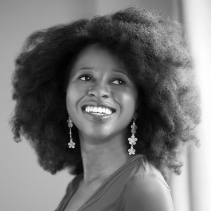 an M.A. from Columbia University. A resident of the United States for over a decade, she lives in New York City. BEHOLD THE DREAMERS is her first novel.

Bio and photo courtesy of the author’s Goodreads profile

5 thoughts on “Review: “Behold the Dreamers””

Today's art. OG RBF. 💁‍♀️ #rbf #art #fineart #pageaday #giovanniantonioboltraffio
Happy birthday to meeee 😊 Looking forward to leftover fettuccine and stuffed pepper.
Loving the You memes as long as they aren't spoilers. We're only three episodes in.
My first time using my Instant Pot was a bit rocky, but I'm pleased with the results. #instantpot #whatsfordinner
We are officially that old married couple. #readinginbed #marriedlife
I feel this in my soul. #newyearnewattitude